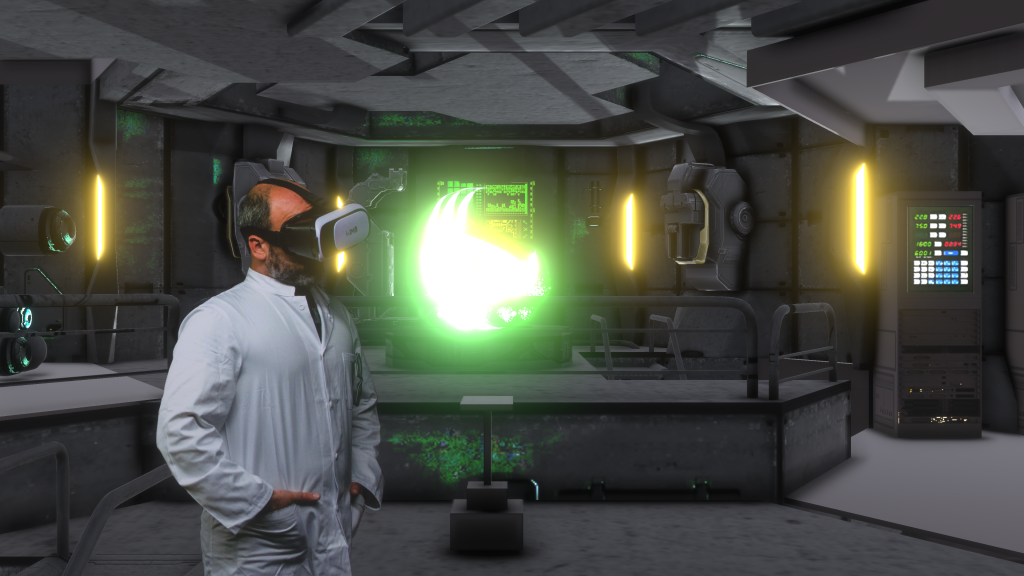 If you are ready for adventures, join us for a thrilling journey at the edge of realities. Prepare yourself for an unbelievable experience beyond imagination, where actors, puppets and virtual elements will combine, in order to take you to… Treasure Island! If you want to know if young Jim Hawkins will be able to make his dream come true if you want to meet Long John Silver and the pirates of the crew of the legendary and dreadful Captain Flint, come and find the answers!.

The performance is based on Robert Louis Stevenson’s classic novel, Treasure Island. Using a mobile application and AR/VR headsets, the audience sees live puppetry acting in an entirely virtual environment. The company provide such a headset for every spectator during the time of the show.

For the innovations in “Treasure island v1.0”, Small Theatre Company has been nominated for the BAIT Awards 2018 in the category “Company-innovator in applying advanced IT Solutions”. The performance was also a part of the Bulgarian official selection for the prestigious Prague Quadrennial 2019.

Note: Not recommended  for people with photosensitive epilepsy and phobias. Performance is not suitable for children under 12 years.